Clash of Kings : Newly Presented Knight System 6.25.0 Download – for android for Android 4.0.3+ The sixth-anniversary carnival of Clash of Kings-the founder of war and strategy phone game is open now! Over the past six years, Clash of Kings has won the support of players around the world with its pure and epic war strategy experience, a variety of innovative gameplay, and a healthy, stable social community environment. To show appreciation for your love, loyalty, and support, we have prepared, a brand new system and battlefield and massive welfare in this anniversary celebration. This anniversary party we will make sure you get a full pack of welfare!
※New Battlefield in the Anniversary Expansion – World Domination A new battlefield gameplay based on teams formed by kingdom units.
※New gameplay in the Anniversary Expansion – Knight System A brand new daily gameplay system.
※Massive Welfares:
1. Recruiting comrades to collect Archangel Set
2. World Quest, complete the Door Opening event to win rare skin rewards
3. Gold Fountain, 6.6 billion gold coins are waiting for you

The wars are continuing. The descendants of the old King received the call from CoK land. The gate of the palace is about to open. The new mystery seas are waiting for the true lord.

Rally the army, show the energy to the other Kingdoms and Rule the sea!

Fight against other lords and wage war in the massive PVP online game. Battle for control of the kingdom, build an army and shore up your defenses with upgrades to your castle, palace, dragons and army barracks to withstand even the most powerful PVE attack.

Play real time strategy to strengthen control over your kingdoms, upgrade your equipment and fight in an epic MMO war to defend your castle from an enemy attack. Gain resources for your army and upgrade your palace by developing farms and sawmills. Build strategic alliances with other leaders and maintain them for your advantage.

Send dragons on a journey to bring back gifts for your kingdom, use tactical MMO RPG gameplay to prevent a siege on your palace, battle enemies and manage your palace’s resources to become one of the most powerful lords in the Clash of Kings empire.

Explore the new civilizations of Dragon-born, Viking, Yamato and Huaxia conquer all new territories. With new heroes each with their own specialties battling it out in the ancient valley, these battle-tested warriors are ready for intense fighting action within the ever expanding multiplayer fantasy world.

Download Clash of Kings, battle enemies for top billing in the Popularity feature and take control of the realm in this epic MMO PVP war!

Event Preview
1. Knights of Hearts
2. Gift from Goddess
3. Top 10 Popular Kingdoms
4. Hero Recruitment order
Function adjustment and optimization preview
1. Added plunder mode when attacking resource fields in the sea, plunder can only target the resource fields occupied by other players.
2. Fixed the inaccurate notification of the configuration of the marching dragon during the conquest.
3. Added Manual function for gems. 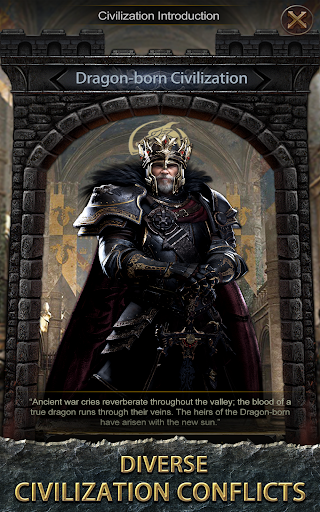 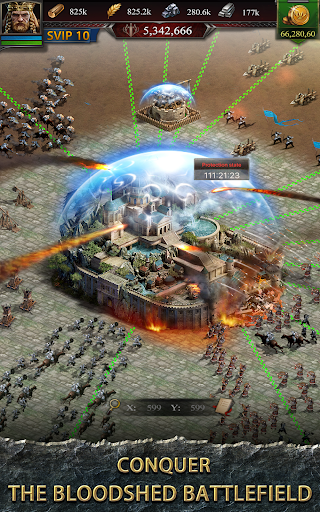